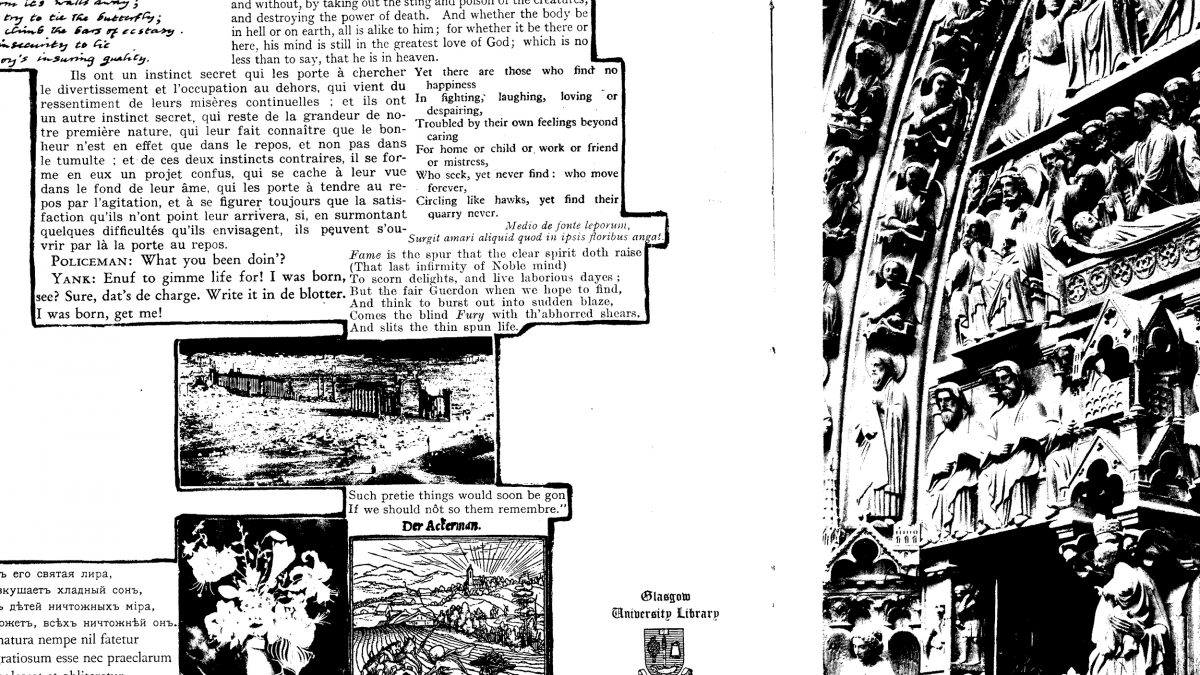 The Edwin Morgan Trust is a Scottish Charitable Incorporated Organisation regulated by the Scottish Charity Regulator (OSCR) (SC043142). It was established in 2012 to administer the generous Award which the poet wished to create from the earnings of a long and distinguished writing career.

His practical encouragement of young Scottish poets through this legacy is typically forward-looking. The Trust will ensure that talented poets have a focus for extending the scope of their writing through national competition, publication and mentoring.

David Kinloch is Emeritus Professor of Poetry and Creative Writing at the University of Strathclyde. A poet, editor and critic, he has published several collections with Carcanet Press, which was Edwin Morgan’s UK publisher from the 1970s onwards. In 2022, he was the recipient of a Cholmondeley Award for his poetry from the Society of Authors and his new book Greengown: New and Selected Poems will be published by Carcanet later this year. He is currently Chair of the Trust.

Sourit Bhattacharya is Lecturer in Global Anglophone Literatures at the University of Edinburgh. His research and teaching interests include colonial and postcolonial studies, minority ethnic literatures, environmental humanities, and translation and cross-cultural studies. He has written a book on the representation of catastrophic events in postcolonial Indian literature (Palgrave, 2020), and edited a volume on the radical Indian-Bengali author, Nabarun Bhattacharya (Bloomsbury 2020). Sourit is a founding editor of the journal, Sanglap: Journal of Literary and Cultural Inquiry.

Ryan Hay is a writer, theatre artist and organiser making work with professionals and non-professionals on pages and mainstages, in communities and at kitchen tables at the intersections of text, performance, community, learning and place. Most recently they have been on commission to Eden Court, Ayr Gaiety, Tron Theatre and the Edinburgh Book Festival. They have robust experience as a producer working across literature, theatre and the third sector, and they are interested in ways that thought leadership and collaborative models can empower the artist-as-leader in building a more ethical and connected cultural sector.

Julie Johnstone was the Librarian of the Scottish Poetry Library from 2007 to 2017, and Curator of the Edwin Morgan Archive, acquired by the SPL in 2009.  She is an artist, independent publisher (at Essence Press) and curator.

Robyn Marsack was Director of the Scottish Poetry Library from 2000 to 2016, a period during which she got to know Edwin Morgan well. She was the Chair of the Board of StAnza, Scotland’s international poetry festival, 2017–2022. She is a writer and occasional translator, and currently Secretary of the Trust.

Louise Welsh is the author of nine novels including The Cutting Room, The Plague Times Trilogy and The Second Cut. Louise has a ten-year practice in opera with composer Stuart MacRae. Their most recent opera is Anthropocene. Louise was co-founder and director (with Jude Barber, Collective Architecture) of the Empire Café (2014) an award winning multi-disciplinary exploration of Scotland’s relationship with the North Atlantic slave trade. She has received numerous awards and international fellowships, including a Doctor of Arts from the Open University and an honorary fellowship from the University of Iowa’s International Writing Program. She is Professor of Creative Writing at University of Glasgow and a Fellow of the Royal Society of Literature.

Sarah Walker is a commercial litigator practicing in London but hailing from the Kingdom of Fife.  Whilst her immediate experience of treading the boards is restricted to the courtroom, she is a passionate advocate of the arts with a particular interest in supporting the development of new and emerging artists.

Hamish Whyte runs Mariscat Press, the poet’s Scottish publisher. A poet and editor, he was also Morgan’s bibliographer and ensured the preservation of his working library and widespread publications. He is editor of Morgan’s Centenary Selected Poems, published in 2020 as a Carcanet Classic.