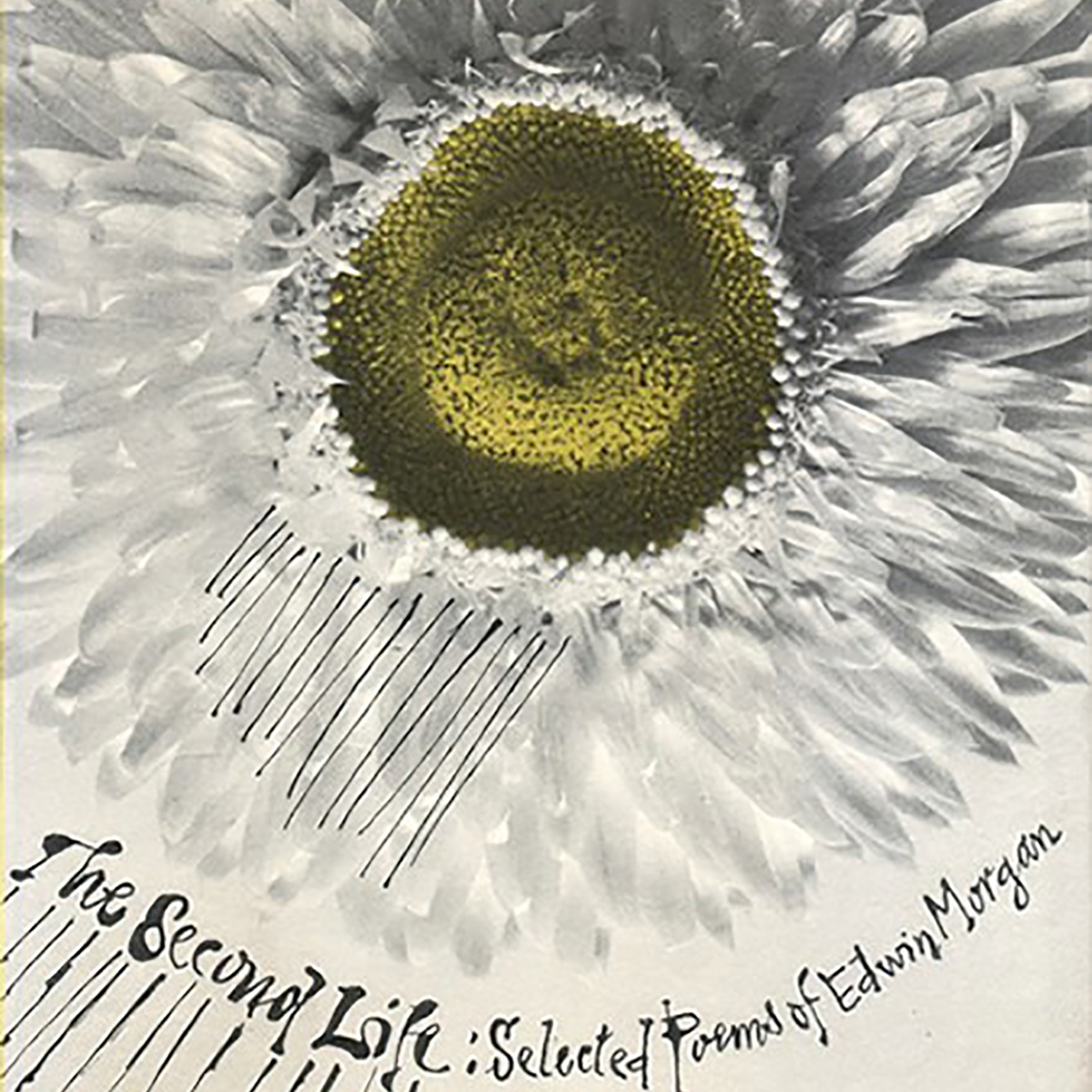 The Edwin Morgan Trust is thrilled to announce the first recipients of the centenary artist grant scheme for #EdwinMorgan100. Eight of these artists will receive £1500 to respond to Edwin Morgan’s life and work through The Second Life grants (the title taken from Morgan’s breakthrough 1968 collection), supported by Creative Scotland, with one artist receiving £2500 from the Saltire Society’s Inspiring Scotland fund.

These nine recipients were selected by a cultural advisory panel, who put forward nominations for creative practitioners who are doing exciting work in their field and would benefit from the commission to find some inspiration and alignment within Edwin Morgan’s legacy.  This panel included Hannah Lavery (Scottish Poetry Library, poet and playwright), Iain Morrison (Fruitmarket Gallery, poet), Robert Softley Gale and Mairi Taylor (Birds of Paradise Theatre), Eoin Dara (DCA), and Seona McClintock (Producer, Gaelic and Traditional Arts Eden Court).

Sequoia Barnes – scholar/ creative
Sequoia Barnes’ work is predominately centered around making processes, rituals, and modes of fashioning. Trained in semiotics, she deploys research through praxis often in her artistic explorations of black diasporic symbolisms, storytelling as performance, and positioning the creative process as a performance/ritual. Her most recent work speaking to these elements were her artist responses to Senga Nengudi (Fruitmarket Gallery) and Nick Cave (Tramway) with performative works entitled Sew Me A Quilt. Tell You A Story. (2019) and The Burden I Bear Is Heavy (2019), respectively.
“Responding to Edwin Morgan’s life and work is having access to someone’s artifacts that I would otherwise feel like I cannot engage with for many reasons that lie in subjection and exclusion. However, I am looking forward to showing someone like me that they can find themselves anywhere and in anything even when you are made to feel that you are not allowed to do such a thing.”

Ink Asher Hemp – theatre maker
Ink is a white, queer, trans, disabled creator, storyteller, activist, Theatre (trouble) maker. They are 22537. A mentally fucked precariat. They make work to process and build. Listening to today to construct tomorrow. Ink works with Activising for Change and is currently a member of the BOP Young Artists programme. Previous projects include Graeae’s Crips Without Constraints and Cognitive Forgery at Stills Gallery. They stay in Edinburgh next door to 3 pigeons and a baby.
“For me Edwin Morgan was a name above a door. Therefore not for me. And yet, from the little I have learnt already his work is some of the most accessible I have come across. I am thrilled to have the opportunity to experience Morgan’s work beyond exam papers and rehearsing in studios named after him… super excited to take it outside any kind of syllabus and into today.”

Clementine E Burnley – writer, performer, activist
Clementine E. Burnley is a migrant writer, and community organiser. She’s been shortlisted for the Bath Flash Fiction Award, First Pages  Prize, Amsterdam Open Book Prize, and the Bristol Short Story Prize. Her  most recent work appears in the National Flash Fiction Anthology, Ink, Sweat and Tears, and Barren Magazine.
“I’m excited to explore how I can weave multiple, sometimes hidden layers  of meaning into my work, as Edwin Morgan did into his. If I can make important work about everyday things, I’d be happy.”

Vlad Butucea – writer
Vlad Butucea is a Glasgow-based, Romanian-born writer and academic. Formerly mentored by Playwrights’ Studio Scotland, Vlad made his professional debut writing one part of National Theatre Scotland’s sci-fi trilogy Interference (2019). His new play Silkworm (Pearlfisher in co-production with the Byre Theatre and in association with Assembly Festival) is set to premiere at the 2021 Edinburgh Festival Fringe. Vlad’s work explores a variety of themes including digital culture, politics and ecology, often through the prism of queer sexuality and thinking. He is working towards a PhD in queer digital theatre at the University of Glasgow.
“I am both honored and excited to create work for Edwin Morgan’s Centenary. It is a joy to discover a writer whose (queer) imagination and vision stretches from here to other worlds, and whose art is as relevant today as it was decades ago. “

Ray Camara Taylor – artist, curator and researcher
Camara Taylor is an artist/curator who primarily produces moving-image, text and interdisciplinary events. Recent works focus on politics and practices produced in Black waters, rumour, gossip and lower frequencies of objection.
“This commission is an exciting opportunity to dig deeper into Morgan’s varied work, the resonances of certain poems with the politics of now and of particular interest to me is the interplay between text and image in his scrapbooks and archive.”

Sekai Machache – visual artist and curator
Sekai Machache is a visual artist and curator based between Dundee and Glasgow, Scotland. Her work is a deep interrogation of the notion of self. She is interested in the relationship between spirituality, imagination and the role of the artist in disseminating symbolic imagery to provide a space for healing. Sekai works with a wide range of media including performance and photography. Her photographic practice is formulated through digital studio based compositions utilising body paint and muted lighting conditions to create images that appear to emerge from darkness.
“I am particularly humbled to have been nominated to respond to Edwin Morgan’s work because it’s incredibly important in terms of Scottish heritage and identity. As an artist of colour who’s work interrogates the notion of self and belonging, it is refreshing to be invited to engage with the work of a celebrated Scottish writer whose work paints a beautiful and dynamic portrait of the country that I call home but that rarely claims me as its own.”

Ishbel McFarlane – writer and theatre maker
Ishbel McFarlane is a writer, theatre maker, activist and performer based in Glasgow, and from Kinross. She studied at the University of Edinburgh and the Royal Conservatoire of Scotland. As a researcher her specialism was Ian Hamilton Finlay. Her creative work focuses on intersectional feminism, language, place and history. Ishbel won the Arches Platform 18 Award for her show O is for Hoolet, about her experiences with Scots language. From 2017-2018 she also toured her interactive show about post-war concrete, New Towns and utopias, Plan, with the Edinburgh International Book Festival. Ishbel works in Scots language and English language.
“When I first read and studied Edwin Morgan’s poetry, his Glasgow was as far away from me in Kinross as Saturn. Now I live minutes from his old flat, and I’m so excited to delve into his Glasgow, and mine, through his words.”

Nazia Mohammad – artist
Nazia Mohammad is a multimedia artist with an interest in designing aesthetics that anchor moments of spiritual enlightenment and darkness. Recent explorations have been with alabaster, metal and porcelain considering combinations of chaos and calm/movement and stillness/strength and fragility/emptiness and fullness. Current curiosities include the dream space, ritual practises and holistic philosophies.
“Poetic imagery has been a leading catalyst for my practice and I am grateful to have the opportunity to channel Edwin Morgan’s multi-faceted legacy as inspiration for new work.”

Creative Scotland is the public body that supports the arts, screen and creative industries across all parts of Scotland on behalf of everyone who lives, works or visits here. We enable people and organisations to work in and experience the arts, screen and creative industries in Scotland by helping others to develop great ideas and bring them to life. We distribute funding provided by the Scottish Government and the National Lottery. http://www.creativescotland.com

The Saltire Society is one of Scotland’s leading supporters of culture. For over 80 years we have been committed to every part of Scottish life, from social housing and the best works of literature to public art and emerging creatives. Today, the Saltire Society upholds its founding principles of inspiring culture, provoking responsible debate and serving all our people for contemporary Scotland. our Inspiring Scotland programme aims to champion emerging talent in Scotland. We hope that by assisting Scotland’s emerging creatives to achieve their goals they are encouraged to explore, take risks and innovate.