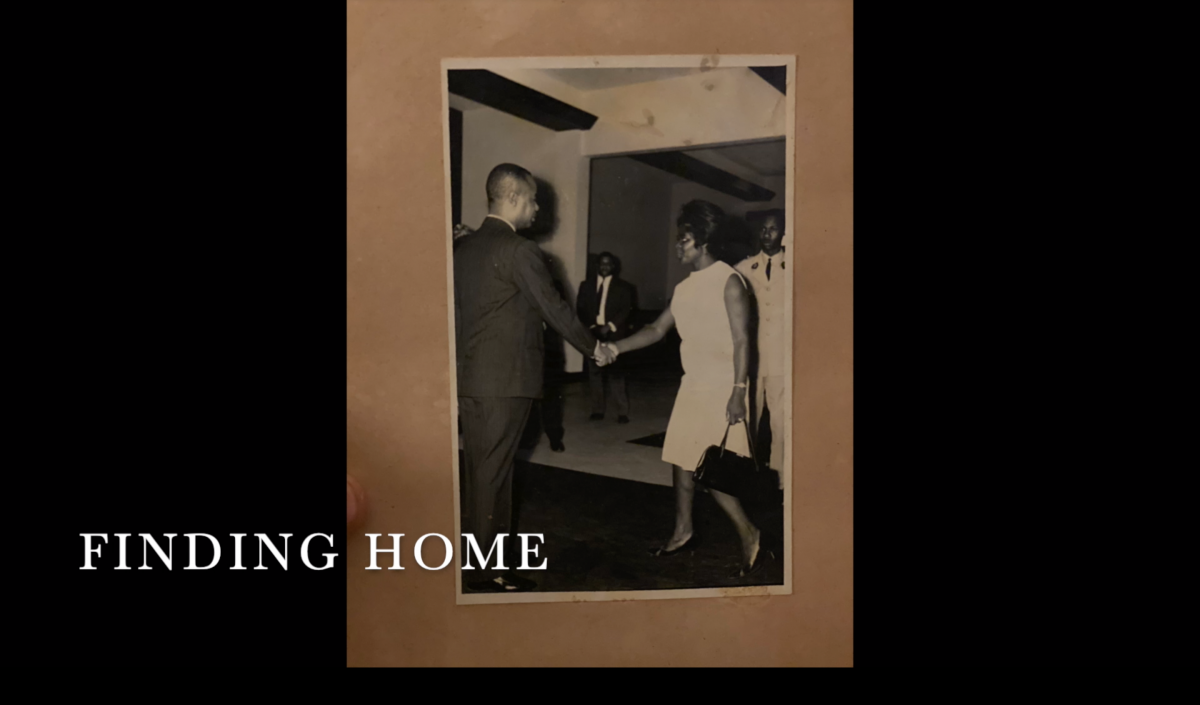 Clementine has created a video that takes Edwin Morgan’s work and life as a jumping off point to interrogate the history of Empire, European identity, belonging, home, and close friendships. Resulting from conversations with fellow artists, activists, and friends, the video aims to unfold themes of place, violence and vibrant survival present in Edwin Morgan’s work and life.

The video, words from Clementine, and sound recordings are below.

This work is a time-limited distillation of my lifelong artistic and personal grappling with feeling simultaneously unwelcome and loved which I place alongside Edwin Morgan’s poetry, friendships and life.

My conversations speak to the colonial nature of cities and the historical continuities which make experiences of queer people and colonised subjects marginal to white European narratives of the world.

I was born on a palm oil plantation in a country colonised by Britain, Germany and France. Robert Burns and Robert Louis Stevenson are the only Scottish writers I encountered during my studies in Cameroon. Therefore in this project I discovered Edwin Morgan with delight.

Like Edinburgh where I live now, my  home town is a green place, where fertile land slopes down to the sea. Cameroon continues to participate in complex, hierarchical asymmetric, exploitative commercial agreements with European companies and governments. Glasgow — the second city of Empire, is central to Edwin Morgan’s work and legacy.  He describes it in “Glasgow Green’ as a “dangerous and friendly place.’ In his Second Life, the city rises around him and in his art each recharges the other.

Edwin Morgan’s poems travel to the Middle East, the Second World War, outer space, subatomic space, and into the heart. His friendships are kept alive not only in the references in his poems to his ‘loves of many years’ but also in more recent memoir works by his friends such as Hamish Whyte’s ‘Morgan and Me.’ While childhood friendships can have the intensity of falling in love, for many cis-heteronormative white adults, friendships take a second place to romantic, intimate, and genetic relationships. From my own experience there are different models of friendship in many marginal communities, in indigenous communities and in  communities of colour. In western Africa bond friendships were formalised, lifelong relationships between non-genetically related individuals and their families. These same-sex  relationships had equal standing to marriage.

I have drawn on photographs taken while I have walked the landscapes and cities, which Edwin Morgan loved. Those walks were to assert how much Scots still see themselves as part of Europe and how many Europeans I talked to still see Scotland as European. The video reflects the languages, histories and stories of convinced and enthusiastic Europeans, and in doing so, is in the spirit of Edwin Morgan’s Second Life.

I wanted to work with a topic most people could connect to. I invite the audience to look at their own friendships anew, and to look with fresh interest for colonial traces in their cities.

The project continues after the Edwin Morgan Centenary, and Clementine would like to invite people to complete her survey on friendship available here.

4. All other images: Personal collection of author and/or artists featured.

I would like to thank the Edwin Morgan Trust, Creative Scotland and the National Lottery for awarding me a Second Life grant. I would also like to thank Hannah Lavery, and Siân McIntyre for their encouragement and support which was critical for this project.

I am deeply indebted to my conversation partners for their time, energy, kindness and solidarity.